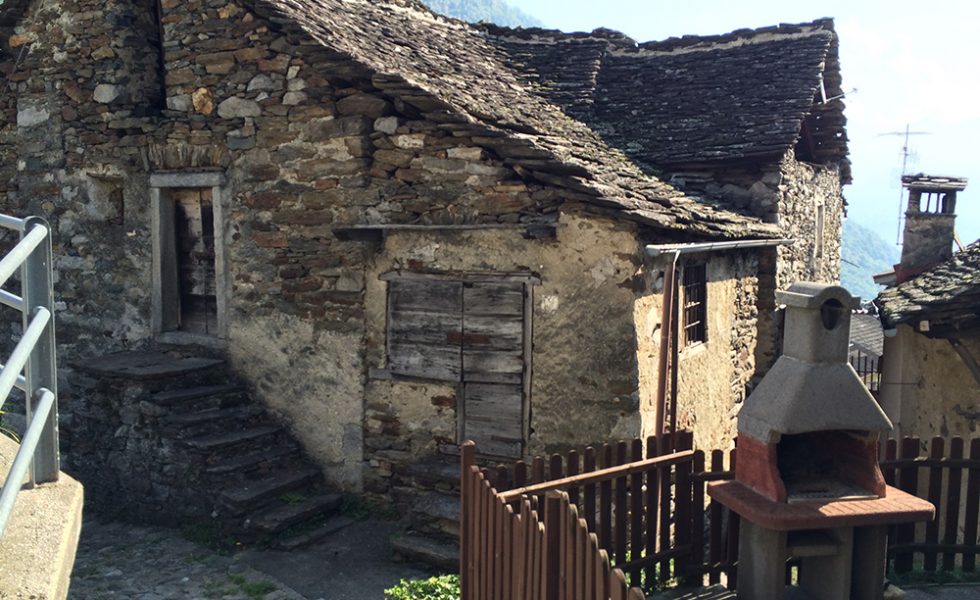 In August 2016 Rowe Morrow led a workshop on Bioregionalism in northern Italy. Here she brings that experience to life:

Across time and space :  Changing Landscapes and People

Way up north in Italy the mountains are razor sharp. As you look to nearly 4,000 metre peaks you can imagine they could actually cut paper. And very far in the distance you can see snow and a glacier.

I am in the Ossola Valley which has seven little valleys. We are only 30 km from Switzerland. We came from Milan by road about an hour and a half and gradually we shed the traffic to come to a sinuous hairpin bend local road with single traffic and lay-bys for passing.

The villages are not on the valley floor as in so much of Europe. They appear to be thrown on to tiny flat areas at keypoints on these 60-90 degree slopes. They house about 20—300 people. 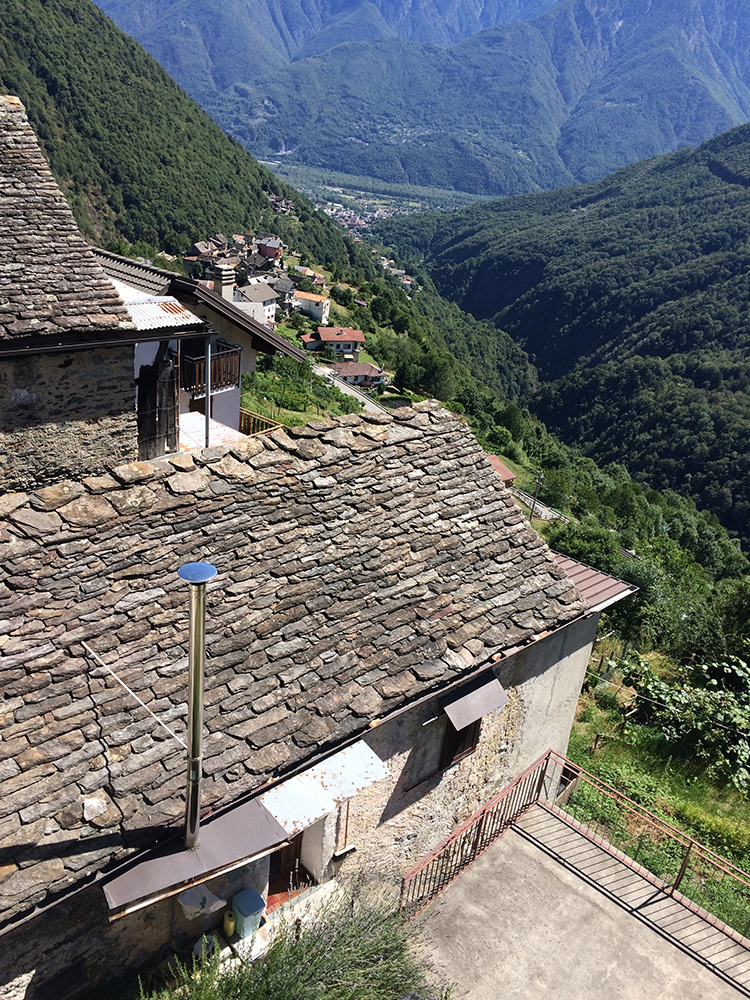 Village on side of mountain

And they have a history.

Artefacts have been found and today there is a ‘dig’ which is dated at about 3,000 years ago on some flatter part of the Ossola valley floor.

However the present villages are probably only hundreds of years old.

Many remain almost as they were built. There are only two parking places other than the bar/school/café flat ground. So everyone parks and walks up and down tiny narrow stepped lanes where once donkeys laboured up and down the slopes. 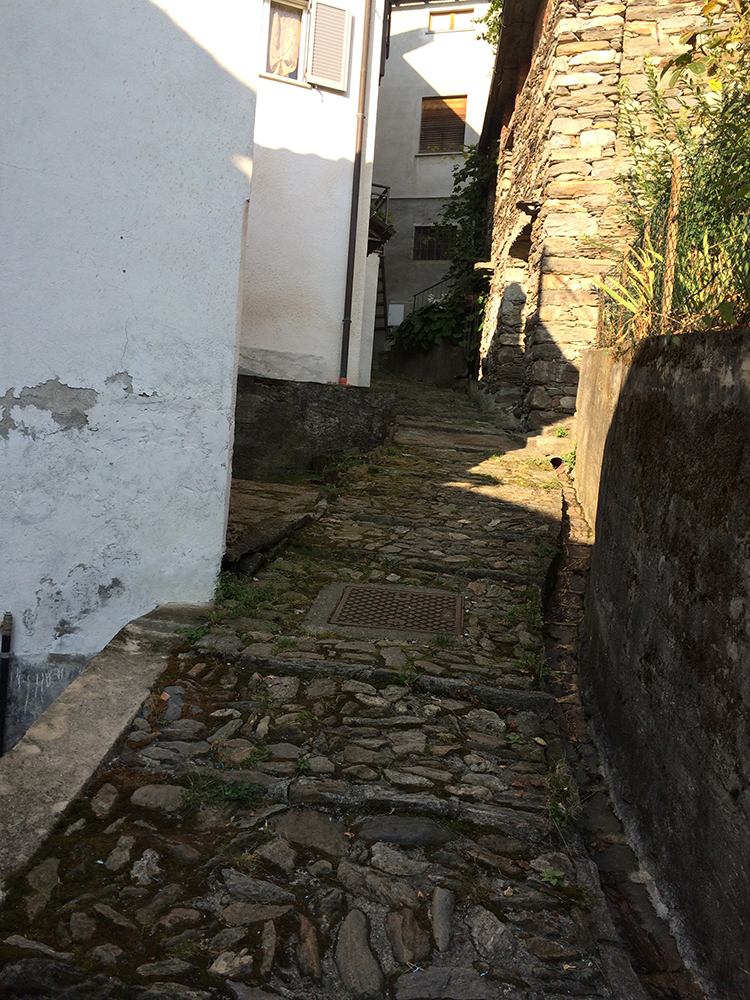 People with huge hard work and fires cleared the original forests – probably a mix of conifer and deciduous, so they could graze their goats. They built their houses of granite and the village is filled with slabs of marble. The work and energy involved was staggering. Even the roofs are made of stone. Although donkeys carried the stone, human labour lifted it to the roof. Inside, the windows were small to contain heat and the warmth, and cooking was from wood. And always picturesque.

Houses were placed higgeldy piggeldy on the ground, and with common walls to hold warmth through the long cold winters. They mostly face south.

Slopes were terraced with stone for cultivation. The soil was stony and so the donkey and goat manure from winter-housed animals was carried to the fields as nutrient. Maintenance was so labour intensive and so vulnerable. In good years they may have been able to grow enough potatoes and onions for winter but in a bad year, winter was hunger.

Timber and stone from repairs was collected all summer. And tiny apron pocket fields grew vegetables. Today there is a store and locally a supermarket. Nearly every family has a tiny garden full of tomatoes, corn, squash and beans. But no one tries to grow for winter any more. 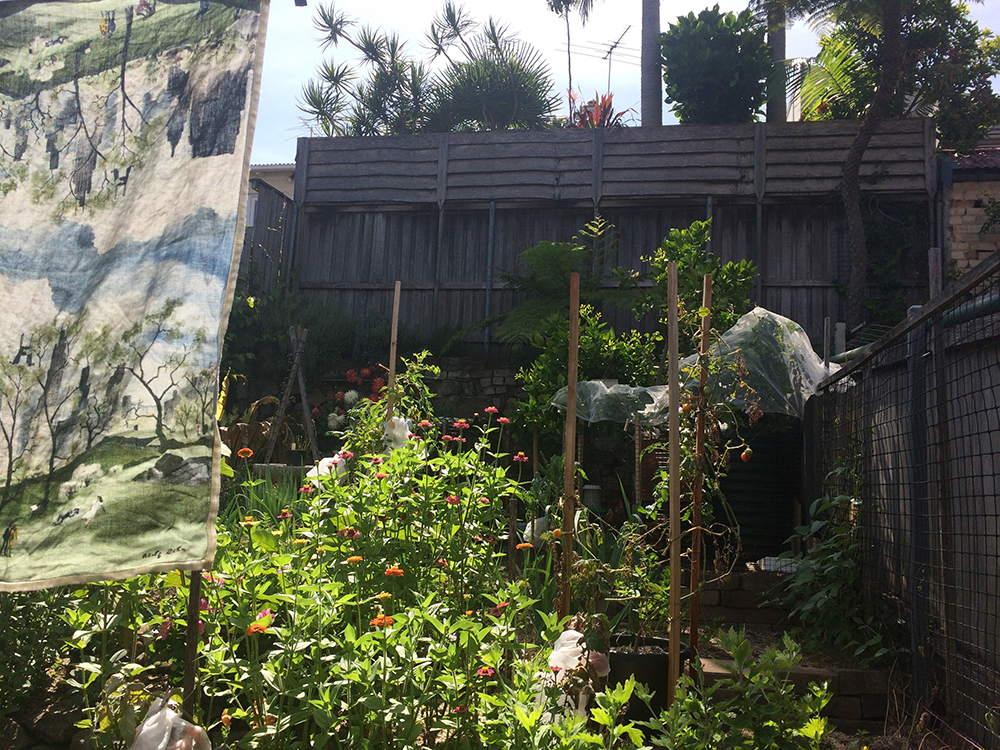 Summer is heaven. Mild days, slightly fresh evenings, slightly moist air. Glorious scenery and walks. However that short season in the past must have been full of activity to prepare for winter. Today, householders still are out collecting wood for winter and some are saving stones for house repairs. The thread of the past weaves into the future. Festivals are in every corner of the village from the retirement hostel to a musical fair. 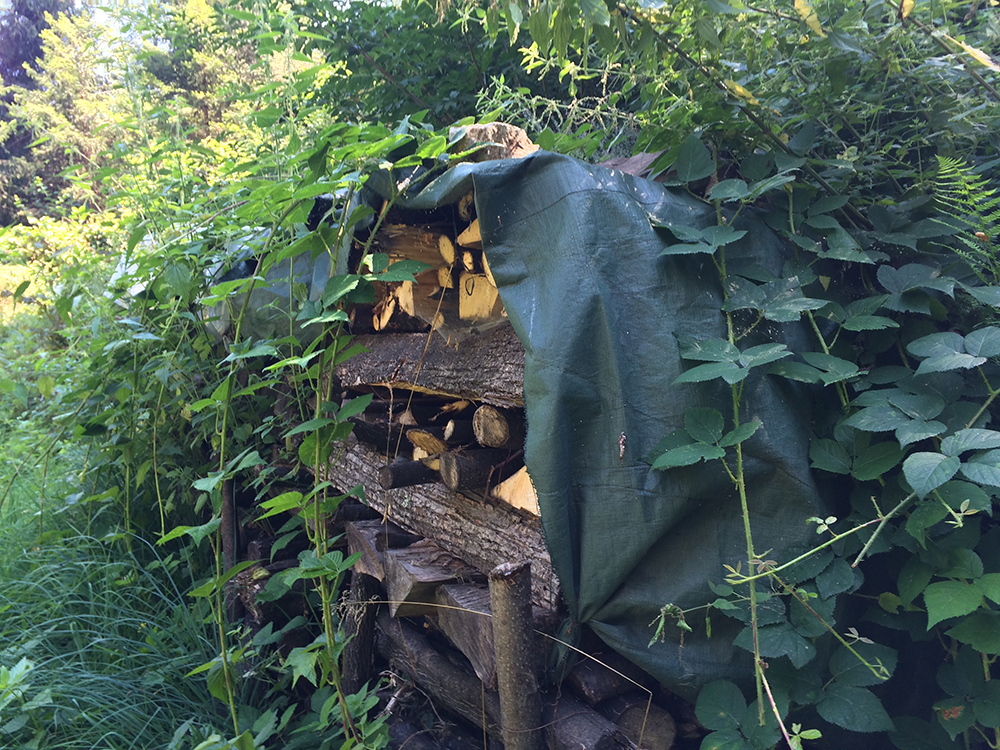 Gradually with industrialization, large families and poverty, people started to migrate (around 1900). The village began to empty. Money was sent back.

By the end of WW II farming stopped, but household gardens continued. The government built a steel factory in one of the larger towns for employment and to keep people in the region. In the 1970s  this was  shut down and more people migrated. Schools closed. The bar closed. The population aged.

More recently, some ‘new’ people from Italy and outside are arriving. One family with young children has come back to live. So there is new blood and ideas and the bar has been re-opened. A few more children are at school. The old men sit outside and drink an aperitif at the bar.

The mountains are recovering. A new-ish forest is establishing itself over the slopes. Again, a mixture of conifer and deciduous. Some long term residents want it cut because they say it is ‘untidy’ and they want the slopes ‘clean’. 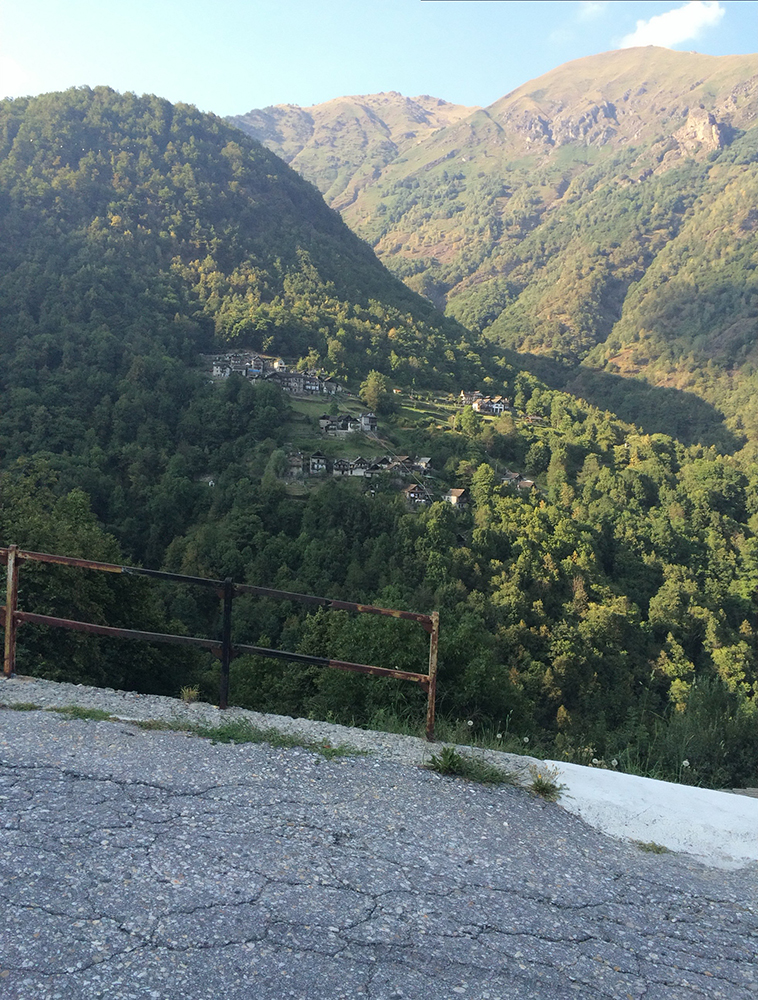 People still walk up and down the narrow paved walkways with shopping and harvests, and one evening a family brought its table and chairs out to the lane and celebrated with a visiting family.

So it is against this background of change that some people with permaculture asked for a bioregional workshop.

The workshop had a mixed group. Three African refugees, a French woman who heard about it, several younger people … and they put up their work in the bar, they held their workshop in a village hall.  The windows were open, and the door. They encouraged questions. Some local people cooked. The participants bought beer and icecream.

Bioregional Trees of Problems and Solutions

It is the beginning of restoration of a healthy bioregion of a new type – taking the best of tradition and the best of the present.

The Ossala Bioregion will be worth watching.